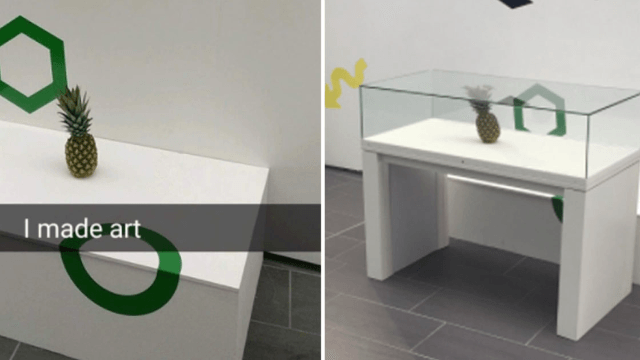 A college student put a pineapple next to an art exhibit. Four days later it was high art.

Two students in Scotland decided to a play a little prank at a university's art exhibit, and it went about a thousand retweets better than they could have ever imagined.

So last week we placed a pineapple next to an art display and come in today and RGU have moved it into a glass display case. Amazing. pic.twitter.com/sMzTUlapDQ

Robert Gordon University undergraduate Ruairi Gray and his friend Lloyd Jack apparently bought a pineapple and dropped it off in the middle of the exhibit.

Yes, it's as simple and stupid as it sounds.

They came back four days later and someone had put a glass case around it.

If you've ever walked around a modern art museum claiming a two-year-old could have made this nonsense, you must feel pretty good right now.