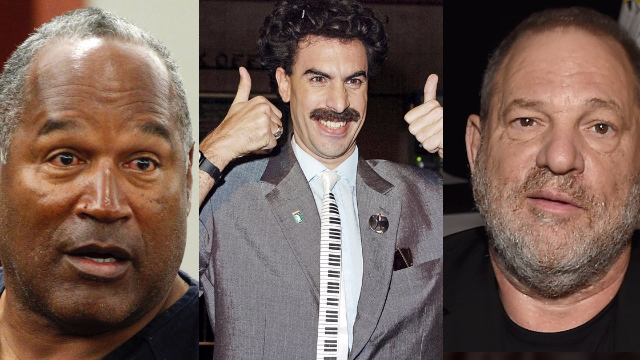 5. Harvey Weinstein, because he's being sued by the people of the state of New York.

Harvey Weinstein, the disgraced movie producer who's now as known for assaulting women as he is for producing movies, is himself the subject of multiple criminal investigations.

Now the Attorney General of the state of New York is raising the stakes, filing a lawsuit against The Weinstein Company itself, standing in the way of the company being sold and marking a likely journey towards bankruptcy.