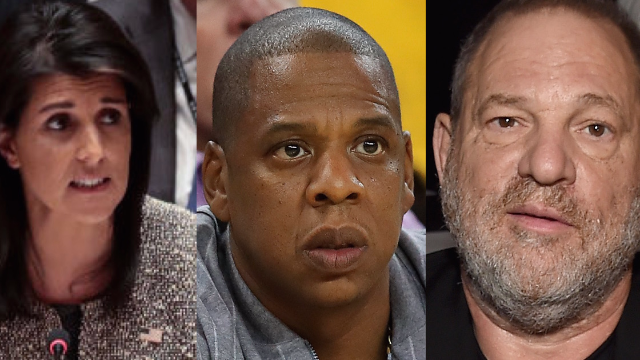 5. Jay-Z, because he got shut out at the Grammys.

Seriously, what does the Recording Academy have against the Carter family?

Last year, the Grammys awarded Adele's 25 Album of the Year over Beyoncé's Lemonade, and even Adele said that was f*cked up.

This year, Mr. Beyoncé was up for a eight awards, and won a total of zero. He was the most nominated artist of the night, but lost to Kendrick Lamar in the rap department and Bruno Mars for the overall awards like Record of the Year and Album of the Year.