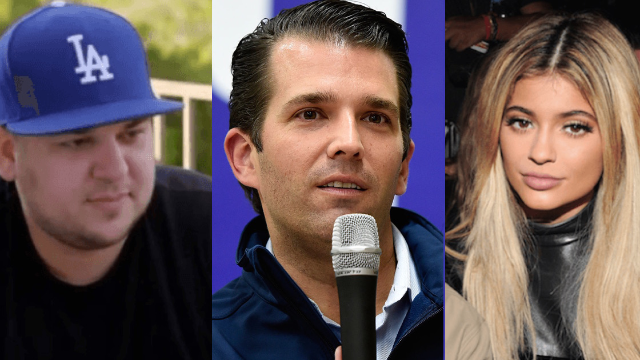 5. Donald Trump Jr., because he confessed to colluding with Russia.

Yesterday, the New York Times reported that last June, during his dad's campaign for president, Donald Trump Jr. explicitly met with a Russian official to get dirt on Hillary Clinton. After months of lying about never meeting with Russians, and a day (day!) of lying that the meeting was exclusively about adoption policies, Junior is now straight-up admitting it, but insisting that it's NBD.

Updated Trump Jr. timeline:
March: I had no mtgs
Sat: I did, about adoption
Sun: I was expecting dirt on Hillary
Mon: And it's no big deal pic.twitter.com/HiNQiJlEYY

And bro really is Donald Trump Jr., because he doesn't know that in such times of legal jeopardy, one does not simply tweet their mind.