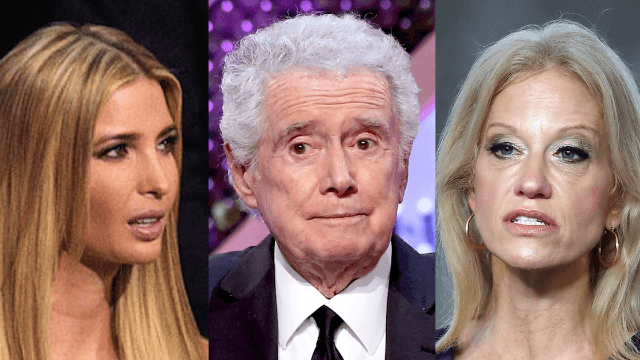 5. Kellyanne Conway, because she thinks microwaves work for Obama.

Kellyanne Conway is currently the butt of jokes around the world, which can only mean one thing—she said something in public.

During an interview on Sunday night at her home in Alpine, New Jersey (which features New Jersey-themed pillows—yikes), Conway was asked about President Donald Trump's evidence-free claims that President Obama had wiretapped Trump Tower to spy on him. Ignoring the question, Conway started listing methods of surveillance, including "microwaves that turn into cameras." She added, "We know this is a fact of modern life."

Once again, she inadvertently turned herself into a meme.