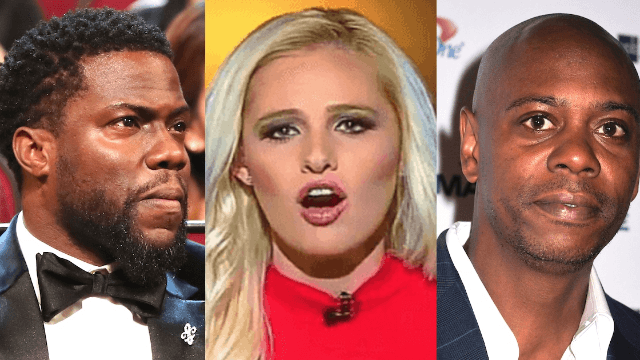 5. Tomi Lahren, because she was permanently banned from her old job.

Conservative pundit Tomi Lahren may have ended her own brief career as the face of young furious Republicans, and it's all because she made the grave mistake of having one different opinion. During a March 17 appearance on The View, Lahren said she is pro-choice, explaining, "I’m for limited government, so stay out of my guns, and you can stay out of my body as well."

While her supporters had no problem with her saying that Iran is a "terror training ground," or that the DNC paid for violent protests at Trump rallies, this time they decided she'd gone too far. Her bosses at TheBlaze, the conservative outlet started by Glenn Beck where she had been employed, suspended her indefinitely.