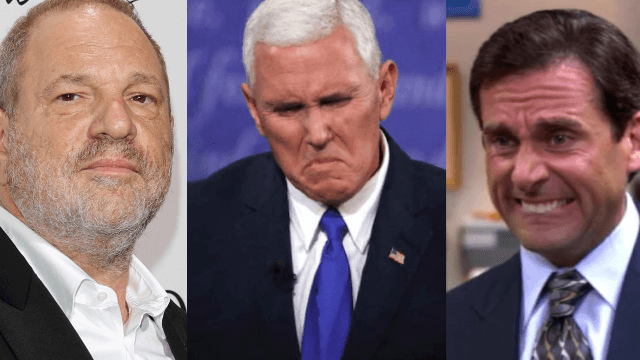 5. Mike Pence, because he got busted for wasting taxpayer money on a dramatic stunt.

Vice President of the United States and professional homophobe Mike Pence made a big splash yesterday when he went to the Indianapolis Colts game for the sole purpose of making a grand exit after their opponents, the San Francisco 49ers, kneeled during the national anthem, as they have been doing all season. SURPRISE!

As Pence's name started trending on Twitter, Donald Trump got jealous that he was no longer the center of attention, and promptly revealed that whole shtick was his idea, okay?! The walkout was long planned in advance, Pence thus taking Air Force Two from Las Vegas to Indiana just to express his discontent at black athletes speaking up against systemic oppression, on the taxpayers' dime.