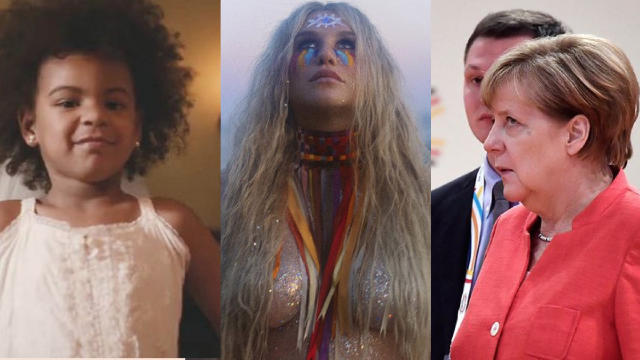 The blessed spawn of Beyoncé and Jay Z, Blue Ivy Carter, is a stellar entertainer in her own right. It's either nature, nurture, or the forces of both that has her freestyling at five years old. On the CD and vinyl copies of dad Jay Z's new album 4:44, the kindergartener has her own track called "Blue's Freestyle/We Family" where she spitz barz about ceilings, an insightful metaphor for limits.