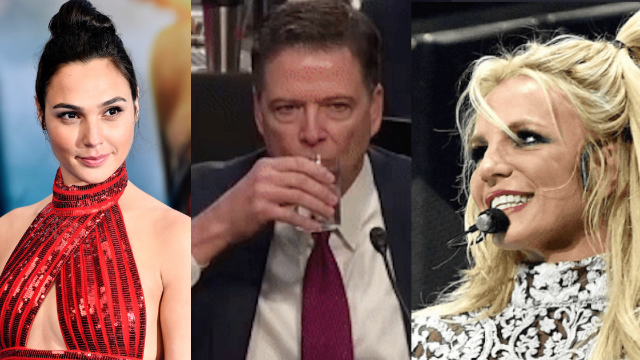 5. Gal Gadot, because she kicked ass, stole hearts, and was Certified Fresh™.

After a 70-year wait, Wonder Woman made it to the big screen in her own movie, and—sigh of relief—it was AWESOME. Diana, Princess of Themyscira's journey from an all-female utopia to the corrupt darkness of human nature resonated with humans and Amazons around the world, becoming the most-tweeted movie of the year. Variety reports that so far there are 2.19 million tweets about Wonder Woman and probably only a tiny fraction of them are dudes whining about all-female screenings.

It's official! @WonderWomanFilm has become the most Tweeted movie of 2017. Congrats to @GalGadot @PattyJenks and the cast! #girlpower 💪🏼

Fans and critics praised her performance, and star Gal Gadot has gone from having a mispronounced name (it's pronounced Gall Ga-dote) to being one of the biggest stars in the world.