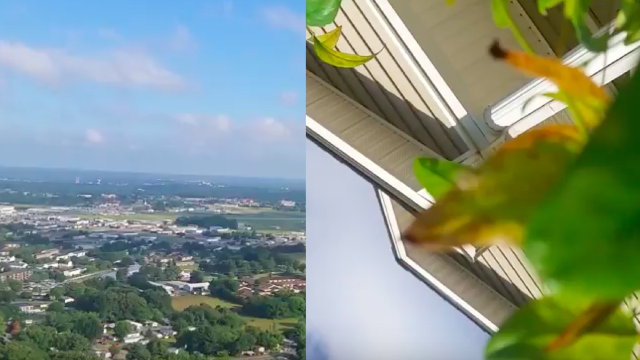 This video from a phone dropped out of an airplane will make you happy, then dizzy.

More of an iPhone person? This video of a Samsung Galaxy 5S falling out of a plane — and surviving — may just convince you to make the switch.

The phone fell out the window of a small plane and traveled 1,000 feet back down to Earth, then lived to become a YouTube star. According to Bravo Jet Set, hobbyist pilot Blake Henderson of Nashville was attempting to record video of the view from his window when the plane hit a patch of turbulence. Don't text and fly, kids!

"My uncle Blake Henderson encountered severe turbulence while chasing a JN-4 Jenny bi-plane (seen at the beginning of the video)," said nephew Robert Ryan, who posted the video to YouTube. "His phone was sucked out of the craft on accident and dropped around 1000 ft into a very nice families yard!"