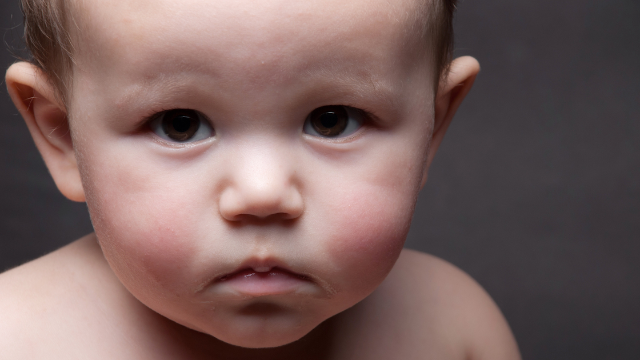 One company has truly reached a new low with their "Slavery Gets Shit Done" slogan. Along with the text is a graphic representing the pyramids of Egypt. You know, because a lot of people think the pyramids were built by slaves. (They were not.)

Umm? What? How does this exist? And as if the fact that the clothing was created in the first place wasn't bad enough, it was actually being sold by online retail giant, Amazon.com.

.@amazon how lovely is this? A little white boy with a highly insensitive and ignorant ‘Slavery Gets Shit Done’ bib on. Hmm.. did they pick the cotton right amazon? Or no? Gotta love 2018, what a great start. #Amazon #BOYCOTTAMAZON pic.twitter.com/DKKLFH4JKJ

Twitter user @Queen__Grace tweeted a picture of a white baby wearing a bib bearing the slogan, but it was apparently also on mugs, bags, and T-shirts, all sold by third-party sellers on Amazon's website.