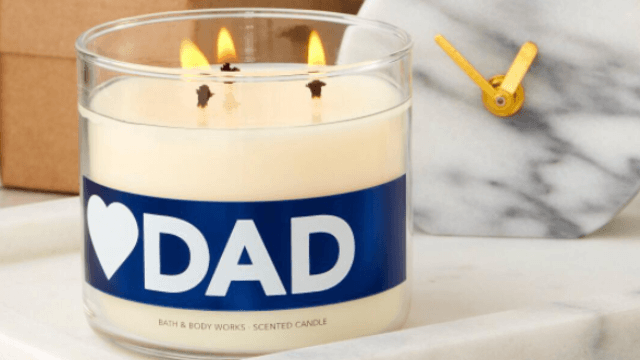 A Bath and Body Works candle allegedly exploded in a woman's face.

A woman has reportedly suffered first- and second-degree burns to her face courtesy of a malfunctioning Bath and Body Works vanilla bean candle.

As NBC reports, Ashley Brawley has been hospitalized after the candle "burst in her face when she tried to blow [it] out." When Brawley smelled something burning in another room, she went to investigate and found the entire candle was "in flames," she claimed. When she tried to extinguish it, the flames got even bigger.

"I would’ve never imagine in a million years that I would walk in and it would be in flames," said Brawley. "I’ll never use a candle again. Ever. I mean, it scared me."

Her husband attempted to tamp the flame with water, which at first only made it worse. (The candle directions apparently tell you not to douse it with water.)"The thing was burning hot so I grabbed the oven mitts and walked outside and hit it with the water hose," he said.