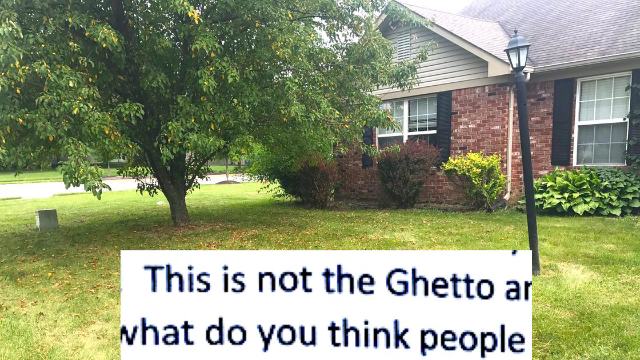 In today's episode of Racist Neighbors: a man named Chris Sullivan who lives in Fishers, Indiana, is calling out the "secret racists" who left a petty, threatening letter in his mailbox on Wednesday. The one-page letter criticized Sullivan's yard, claiming it was overgrown with weeds and he needed to mow. None of Your Damn Business, much??

Already, this is enough to make you want to punch a mailbox, but it gets worse: "This isn’t the Ghetto and your home looks trashy," wrote the letter-writer who, of course, decided to remain anonymous.

You can read the full letter here: