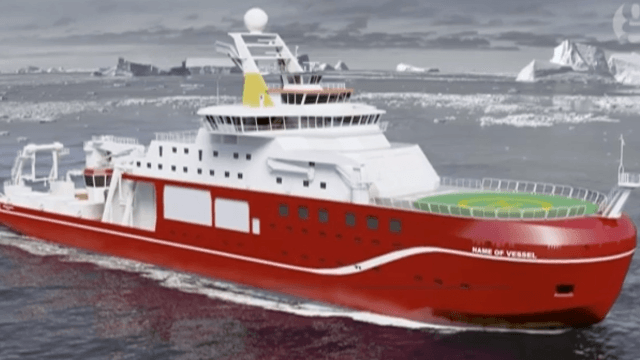 Boaty McBoatface's namesake is setting sail for Antartica this week.

In case you're unfamiliar, Boaty McBoatface became a household name last year when researchers at Britain's Natural Environment Research Center had the brilliant idea to hold an internet poll to name its new polar research vessel. While the name Boaty McBoatface (obviously) dominated the poll, scientists weren't too excited about giving their £200 million research vessel such a silly name. So, the internet poll was ignored and the vessel was named after naturalist and broadcaster Sir David Attenborough.

However, not wanting to be total party poopers, the NERC didn't completely ignore the poll results. According to the BBC, a trio of underwater robotic submarines will carry on the Boaty McBoatface legacy. The submarine that will kick off the "adventures of Boaty" will set off on its journey to Antartica this week.