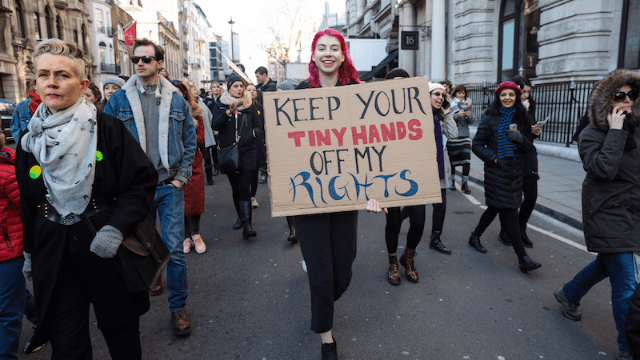 Canadians are being denied entry into U.S. after sharing their plans to attend the Women's March.

A group of Canadians were denied entry into the U.S. on Thursday after disclosing that their reason for visiting was to attend the Women's March on Washington in the nation's capital, The Guardian reports.

When the group, which included six Canadians and two French nationals, got to the land crossing border in Quebec they were upfront about their plans with the border patrol. "We said we were going to the women’s march on Saturday and they said, 'Well, you’re going to have to pull over'," Montrealer Sasha Dyck told The Guardian. In the two-hour ordeal that followed, the group was fingerprinted and photographed, as well as had their cell phones and cars searched.

After the search, the border patrol denied entry to the two French citizens, and told them that they would need a visa for all future entry to the U.S. The rest of the group, who were all Canadian citizens, were also denied entry and told that if they tried to cross the border again this weekend, they would be arrested. They weren't given any justification or explanation.