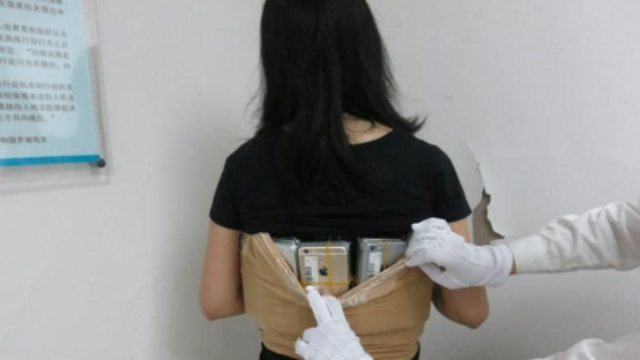 This woman was caught at the airport with 102 iPhones strapped to her body.

People will go to serious lengths to save money on a new phone. At least, that's what a woman who was just caught smuggling iPhones into China was hoping.

According to The Telegraph, a whopping 102 iPhones and 15 luxury watches were found strapped to the woman's body as she attempted to enter the Chinese city of Shenzhen from Hong Kong.

Each device was wrapped in a plastic coating and then taped, swaddle-like to her body. Customs officers caught a whiff of scandal when they noticed the woman was wearing "more clothes than appropriate" in the hot Chinese summer. Clearly, over one hundred cell phones strapped to your body leaves a bit of a trace. As Complex notes, this isn't even the highest alleged number of cell phones smuggled at one time on record.