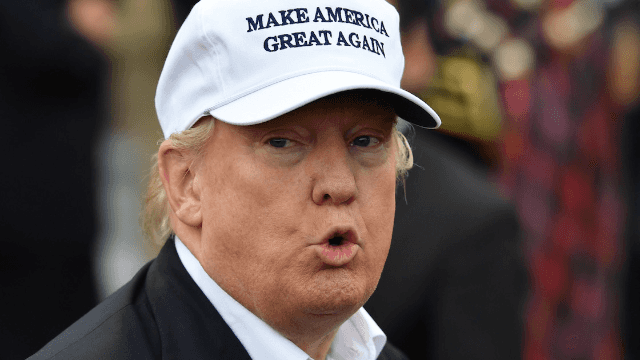 Trump deletes his latest Twitter typo and sends the internet into a tailspin of jokes.

In the wee hours of May 31st, President Donald Trump sent out his most head-scratching tweet yet.

At 12:06 am, the President, who appeared to attempt to start yet another rant against the media, tweeted "Despite the constant negative press covfefe." That's it.

Over an hour later, it was still not deleted, sending Twitter into a complete frenzy. People were speculating what the President could have meant, and why the error went unfixed for so long. Did he die mid-tweet? Did he suddenly get distracted by Fox News? What is a covfefe, anyway? Starbucks' new drink? The nuclear codes? A distraction from Trump's ties with Russia?

For a magical few hours, Twitter came together to make "covfefe" jokes.