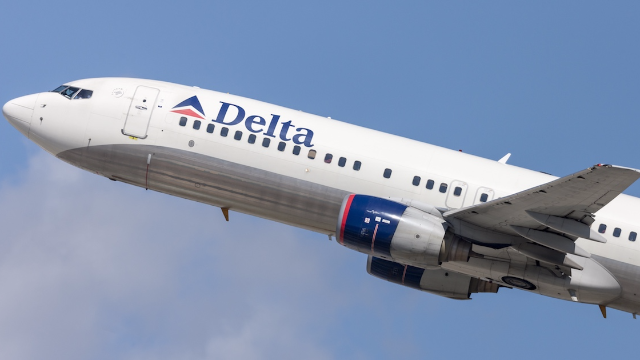 A Delta Airlines flight attendant broke a wine bottle over a passenger's head after the man tried to open an exit door and fought with other passengers during a flight from Seattle to Beijing on Thursday, the AP reports.

According to a probable cause statement written by an FBI agent, the passenger, 23-year-old Joseph Daniel Hudek of Tampa, Florida, was seated in first class on the flight. About an hour after takeoff, when the plane was over the Pacific Ocean, Hudek went into the restroom at the front of the plane. He apparently came out quickly, asked a flight attendant a question, and then went back in.

When he exited the restroom again two minutes later, Hudek lunged for the plane's exit door, grabbed the handle, and tried to open it, the agent wrote. Two flight attendants grabbed Hudek, but he pushed them away. The attendants got help from several other passengers and notified the cockpit by telephone.