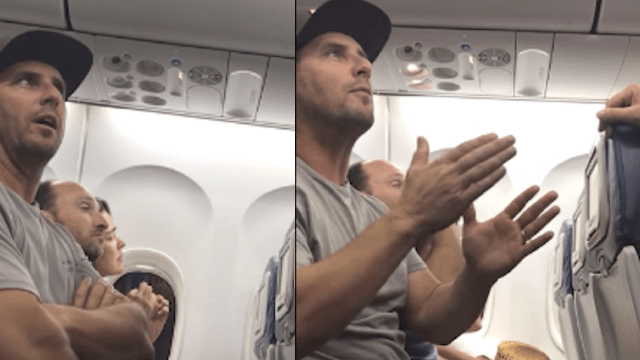 Another airline is in the news for not-so-good reasons and this time it's Delta. The Schear family from Huntington Beach, California, say that they were kicked off an overbooked flight on April 23 because they refused to relinquish a seat they bought, according to Eyewitness News. Not only that, but an airline staffer threatened the parents would go to jail and their kids sent to foster care.

The family was flying from Hawaii to Los Angeles when staff asked Brian and Brittany Schear to give up the seat they had purchased and wanted to seat their 2-year-old in; they asked the couple to hold the toddler on their laps for the duration of the flight instead. But when they wouldn't comply (really, would you want to sit with a wiggly 2-year-old in your lap for a flight across the Pacific Ocean?), the Schears claim a staff member threatened that they would be sent to jail.