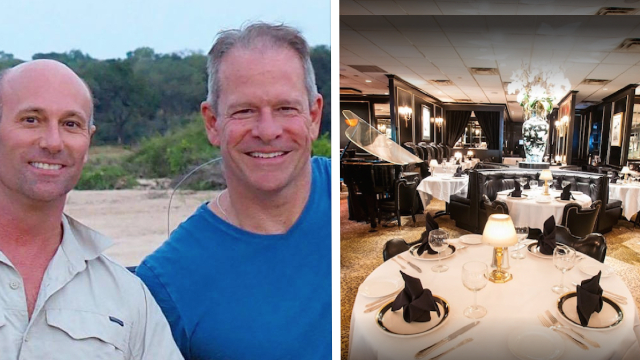 A waiter in D.C. allegedly told a gay couple that they couldn't share their sundae dessert because "it wouldn't look right," the Washington Post reported.

Henry McKinnon, 58, and Ron Gage, 55, were eating at the Prime Rib in Washington, D.C. They'd made a reservation for 8:30 p.m. and were wearing the jackets required by the dress code, according to the Post, so obviously this is a relatively upscale restaurant. Everything was going fine until it came time for dessert, when Gage asked for "one sundae with two spoons."

Gage claims that instead of complying with his wishes, the waiter said he'd "bring it in two separate dishes," and then said, "'It wouldn't look look right with two gentlemen eating out of the same sundae. It doesn’t go with the ambiance of the restaurant.’”