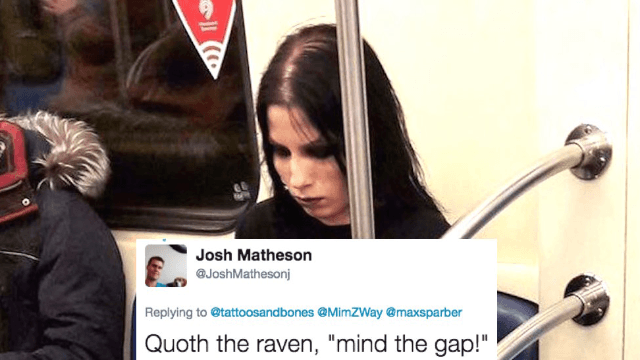 So when Minneapolis playwright Max Sparber witnessed a young woman living out the ultimate gothic fantasy, he had to take a photo and share it on Twitter.

"Sure, you're goth, but are you dejectedly riding the subway with your raven goth?" he wrote in the caption. Because ICYMI, this Marilyn Manson doppelgänger is holding a LIVE RAVEN. This moment couldn't be any more goth if Tim Burton produced and directed it himself which, for all we know, he did.