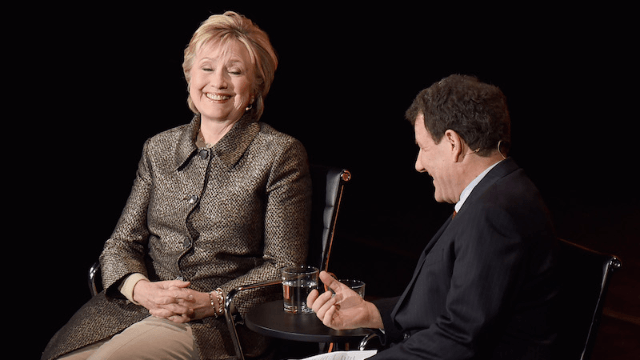 Hillary Clinton spoke at the Women in the World summit earlier today, discussing the first 100 days of the Trump administration and her defeat in the 2016 election with The New York Times' Nicholas Kristof. And of course I would never want to do a disservice to the important points she brought up during that conversation. But, guys, the thing is, she mentioned her favorite meme.

Yes, it's very adorable that she called it a gif. And yes, she's talking about this: