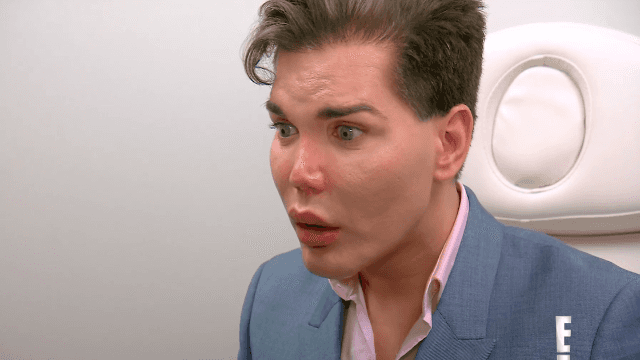 ‘Human Ken Doll’ warned his nose might fall off after too many surgeries.

Rodrigo Alves, aka "The Human Ken Doll" due to his passion for plastic surgeries and ideal look, had a few too many rhinoplasties in a short period of time that he risks losing his nose altogether.

Alves has had 51 plastic surgeries, three of which were on his nose in a real short period. As soon as he was unable to breathe through his nose, he went to the doctors on E!'s Botched, who broke some pretty bad news.

"His nostrils are so small, and after what he’s gone through with the MRSA, this is probably one of the worst results and complications that I’ve seen in my entire career," Dr. Paul Nassif says in the clip, a preview for the July 9th episode.