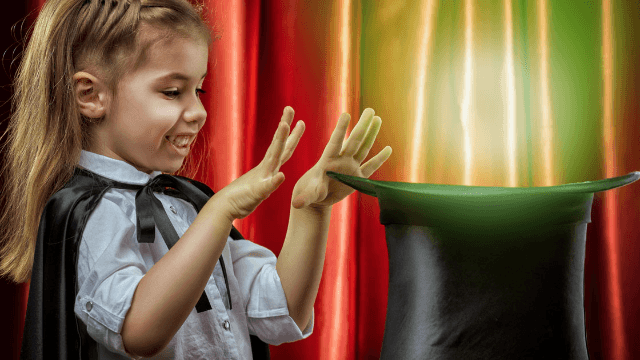 Audience participation is almost never a good idea, be it a drunk guy heckling a comedian, a teacher calling someone up to the board, or a magician asking for "a volunteer from the crowd." There are just too many variables and too many moving parts in the world of magic to fully trust some rando from the audience. Recently, some magicians and magic show attendees shared with Reddit the times they experienced audience participation gone horribly wrong.

1. The magician just couldn't bear it at fallingwalls's school.

I was in grade school when the administration brought in a a magician for the students to watch in an assembly. For one of his tricks, he started by asking for 10 volunteers. After picking 10 students, he proudly said "This will be a process of elimination! The first volunteer will have 30 seconds to pull apart these two rings, then the second person will have 30 seconds, and so on until we reach the end. Should anyone be able to do it, they'll win..."

At this point his assistant walks into the room carrying a comically large teddy bear. Like the kind costco sells that are like 7 feet tall. Oohs and ahhs and laughs all around. "Well lets get started!" he says, and hands the rings to the first volunteer, who was a girl in my class. "And...go!".

The girl fidgets with them for 5 seconds, then hands it back to him separated.

The magician just breaks character and says "...how did you do that?" She responds "My brother has that trick."

That bear had to sit in the corner of our classroom for the rest of the day.