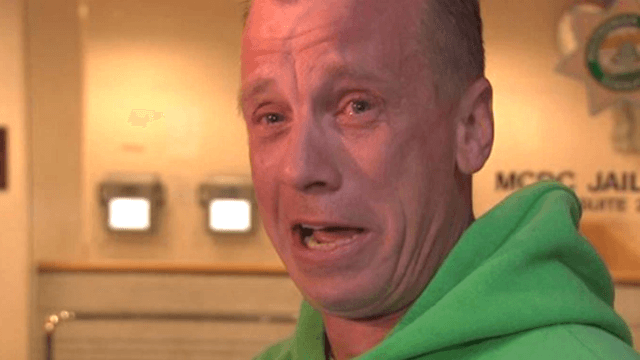 An Oregon man accused of harassing and threatening a Muslim couple seems to feel really bad about what he did according to a weepy apology making its way around the internet.

Sorry, but we're all out of fucks to give.

Frederick Nolan Sorrell, 49, ​​​​​​ was arrested Friday, OregonLive reports, over a May 29th incident when he allegedly drove by a Muslim couple and shouted at them: "go back to your fucking country." He then made a gesture of pulling a trigger, according to court documents, and allegedly followed the couple in his car for 20 blocks, at one point attempting to run them over. He also allegedly shouted "take off the fucking burka. This is America."

Sorrell was arraigned on Monday, where he was charged with three counts of intimidation for threatening to people because of their “race, color, religion and national origin,” according to court documents, KOIN 6 reports. And it seems his visit to court has changed his attitude.