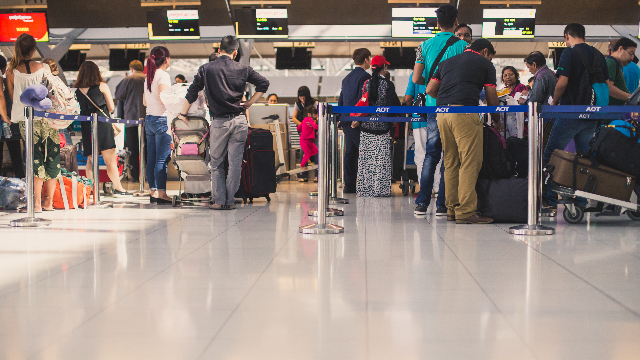 This man took some Viagra and decided to run naked through the airport.

If you're having a bad Tuesday, get ready to feel better. No one is having a worse day than Steve Cho, a 27-year-old American man who took too much Viagra, stripped down, and ran naked through the departure hall at Phuket International Airport.

According to the New York Post, Cho was in the Thai airport on a layover. But instead of eating at a Chili's 2 Go or spending too much money on magazines like the rest of us, he tore off his clothes, ran around naked, and threw feces at his fellow travelers.

It reportedly took six security guards and even more airport staff to stop Cho in his tracks. Eventually, he was arrested by airport police.

Wannee Ming, a fellow traveler who saw it all go down, told the Post: “This was the scariest and most disgusting thing I ever saw at an airport. I stayed away from the man in case he attacked anybody.”