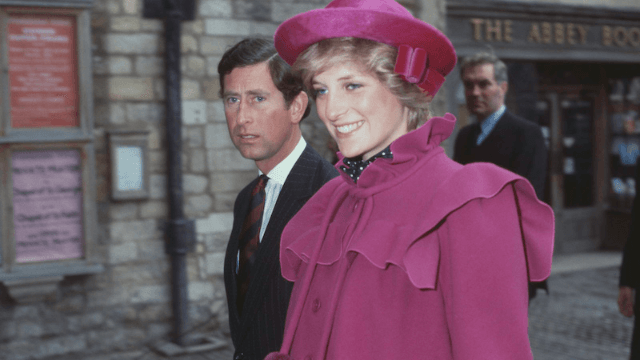 Rare letter reveals Princess Diana used her honeymoon to catch up on sleep, is all of us.

If you've ever felt like you couldn't relate to the lives of the elite, maybe you just haven't spent enough time learning about Princess Diana. In a letter back to the Royal household while on her honeymoon, she wrote that "the honeymoon was a perfect opportunity to catch up on sleep," The Telegraph reports. The royals, they're just like us!

She wrote the letter while aboard the Royal Yacht Brittania, which honestly sounds like a great place to get some z's in, as boats are very boring and there's not much to do on them except eat, sleep and do the pose from Titanic off the bow. And you gotta respect a woman who prioritizes getting those requisite eight hours of shut-eye in. That's self care at it's finest. As things unfortunately did not work out with Prince Charles (the two separated 11 years later in 1991, and then divorced in 1996), I'm glad she was at least looking after herself and getting some rest while on that godforsaken boat.