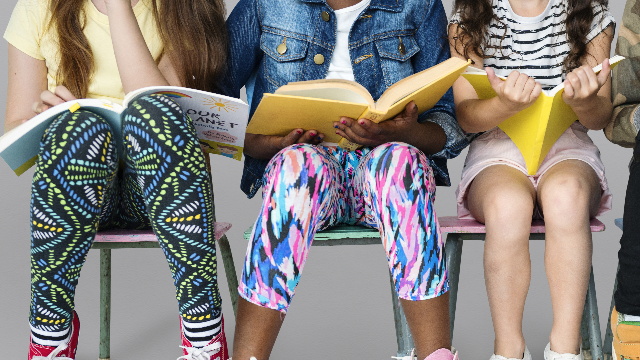 Principal banned students larger than a size 2 from wearing leggings. Then she made it even worse.

Leggings are the most comfortable way to clothe the lower half of a body, hands down. And if anyone ever tries to take that away from me, let's just say, my squad is coming for ya.

Despite the rising popularity of wearing leggings as pants and the rising hatred for body shamers, a high school principal is making headlines for body shaming her students out of wearing leggings. As reported by local South Carolina news outlet ABC4, Principal Heather Taylor held an assembly where she clarified who she will let wear leggings to school–and her answer is pretty awful. Another local news outlet, News 2, obtained and shared an audio recording of Taylor's speech.

“(Leggings are) meant to wear underneath a long shirt that covers your heiny, or a long sweater of some type, or a dress," she reportedly told students in an assembly. "It is not meant to be your actual pants, and if you have a shirt that comes to here, then you are showing everything. Yes, everything." Excuse me, Principal Taylor, but you're not a fashion designer, and you clearly don't understand leggings. Back. Down.

She continued by straight-up body shaming students who were a size 4 or larger. "The sad thing is with that, ladies — if someone has not told you this before, I'm going to tell you this now — unless you are a size zero or a two, and you wear something like that, even though you are not fat, you look fat," she allegedly told students. TYSM for fat shaming your students, Principal Taylor. As an educator, that was such an important lesson.

After the story started to gain popularity, Taylor released a statement addressing the situation, and a very key phrase fails to appear: "I'm sorry." As per ABC4, her statement reads:

Yesterday and this morning, I met with each class of the Stratford High School student body. I addressed a comment made during a 10th grade assembly and shared from my heart that my intention was not to hurt or offend any of my students in any way. I assured them all that I am one of their biggest fans and invested in their success. After speaking with our students and receiving their support, I am confident that, together, we are ready to move forward and have a wonderful year. Stratford High is a very caring community, and I want to thank all of our parents and students who have offered their support to me and provided me with an opportunity to directly address their concern. I am very proud to be a Stratford Knight.

Folks, you just witnessed an apology statement that did not actually include an apology.

News 2 interviewed a student at the school who was subjected to listening Taylor's speech IRL. "It was really hurtful, cause I felt like my size made me look disgusting towards someone in the clothes that I wear," she said. "I wear leggings outside of school and I wear leggings when I go and hang out with my friends, and to think that someone would think that I look like a stuffed sausage — that was kind of hurtful."

Heather Taylor did not immediately respond to Someecards' request for comment–she's probably too busy telling babies they're too fat to be wearing diapers.