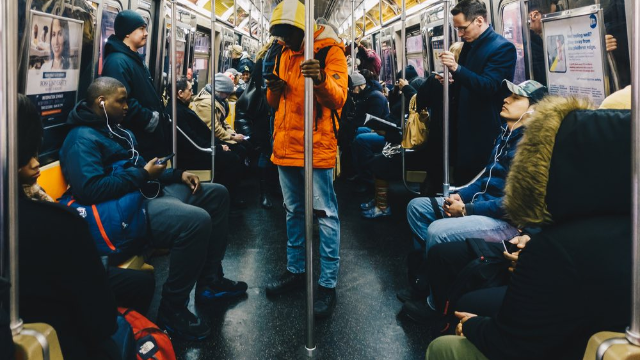 Guy shouting racial slurs on crowded subway gets a cup of soup to the face.

Soup™: it's warm, it's salty, and it's perfect for throwing in a racist's face. So when a drunk dude started shouting the n-word on a crowded NYC subway train this past weekend, thankfully another rider had a big ol' cup of steaming hot soup on hand to remedy the situation.

The racist, who was carrying a Bud Light Lime-A-Rita as if to identify himself, was filmed repeatedly saying the n-word and yelling about how he went to NYU law school. "I talk shit because I know I can, because I'm a lawyer," he's heard saying. "I went to NYU law. Fuck you!" Hard to know exactly what to hate him for at this point, there's just so much.

Fortunately, this subway car full of New Yorkers mobilized to handle the situation. The racist was confronted by several people, who eventually pushed him onto the platform at Bedford Avenue. And then, in a glorious moment at minute 1:48, someone pelted him in the face with a full cup of soup. This is art. Just watch: