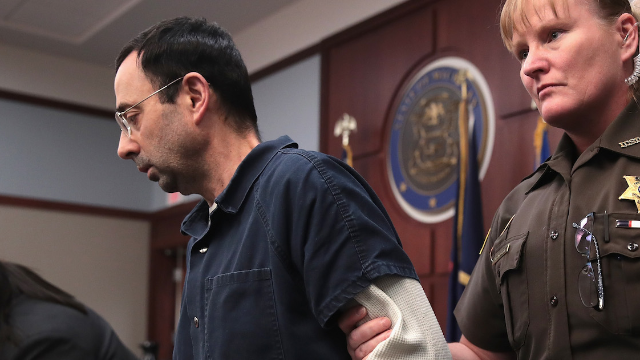 Video of victim's father trying to attack Larry Nassar in court goes viral: 'I want that son of a b*tch.'

Things nearly came to blows on Friday morning when the father of three of Larry Nassar's victims tried to attack the former doctor in an Eaton County courtroom.

The man, identified as Randall Margraves, asked the Judge if he could say something to Nassar after his daughters, Madison and Lauren, gave their testimonies.

First, Margraves asked the Judge for some time alone with Nassar:

"I would ask you, as part of the sentencing to grant me five minutes in a locked room with this demon."

When she declined, he asked, "Would you give me one minute?"

When the Judge refused to grant him one-on-one time with the pedophile doctor, Margraves lunged at Nassar.

Check out the insane video below: