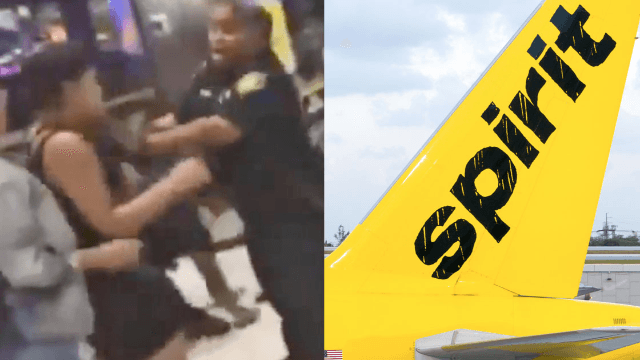 Spirit Airlines canceled so many flights that a straight-up brawl broke out in a Florida airport.

Fort Lauderdale's airport became a nightmare zone on Monday after Spirit Airlines canceled nine flights and furious passengers fought with security and airline employees, according to CNN and CBS.

Spirit Airlines cancels flight, passenger brawl breaks out. Some were taken to the ground and placed in handcuffs: https://t.co/oocWVlo2Iy pic.twitter.com/k9G5rIkV6Z

Cell phone videos captured the chaos of the brawl and NBC News reports Spirit Airlines' statement that they are "shocked and saddened" to see the footage. Three arrests were made as "screams wailed through the under-construction terminal," the site added.

According to CNN, Spirit has canceled nearly 300 flights in the last week—blaming pilots and actually attempting to take them to federal court over the slow down.