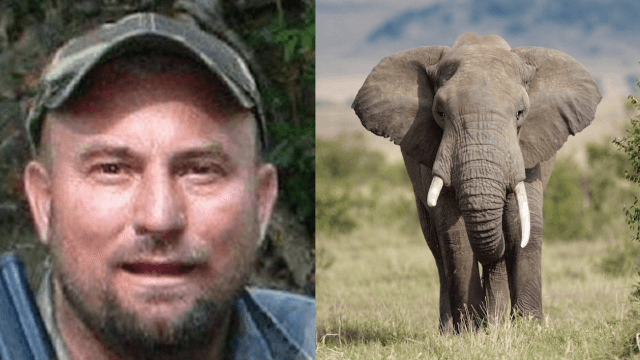 A big game hunter got killed by an elephant. Karma is real.

On Friday, Theunis Botha, 51, a veteran big game hunter in Africa was crushed to death by an elephant, the Washington Post reports.

Botha was with a group of hunters in Zimbabwe who encountered a breeding herd of elephant cows at the Good Luck Farm near Hwange National Park, according to MSN.

News24 reported that three startled elephant cows charged the group of hunters, and Botha opened fire on them, only to be caught by surprise by a fourth elephant cow that attacked from the side. That elephant lifted Botha with her trunk, and one of the hunters shot her. In a spectacular display of instant karma, she fell on top of Botha when she died, killing him, too.