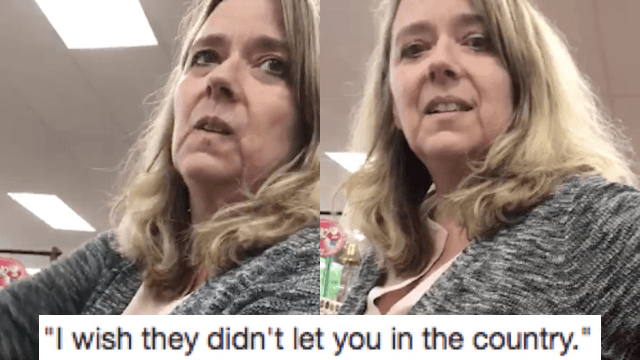 Racism and Islamophobia are as alive as ever in the ol' US of A—even in the free sample-filled oasis that is Trader Joe's. A young Muslim woman was recently in line at a TJ's in Reston, Virginia, when she let a blonde shopper cut in front of her in line. She soon regretted that, as the woman launched into a bigotry-fueled rant, complaining about another Muslim woman in the store wearing a niqab. And saying to the woman in line behind her: "I wish they hadn't let you in the country."

"Excuse me? I was born here," responded the young Muslim woman, who filmed the interaction. She then calmly urged the blonde woman to "get some help."