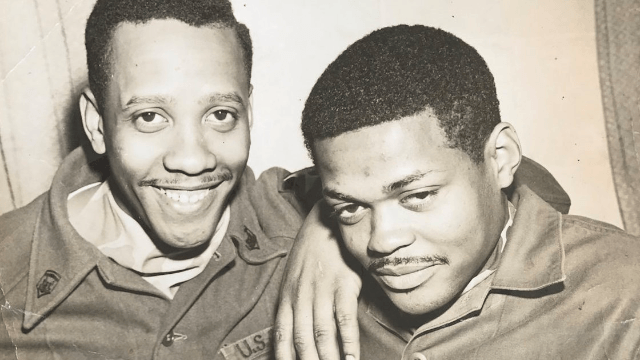 Twitter rallied to help a guy track down his dad's war buddy from 40 years ago. It worked.

Bryce Lacey, a 19-year-old Sam Houston State University student, was home visiting his father, Charles, a veteran of the Vietnam War, in Richmond, TX. Charles Lacey was showing his son some of his old military photos, and Bryce couldn't help but notice that there was one man who was present in nearly all the photos. Charles identified the man as Kermit Powers, a war buddy of his who he'd lost touch with a few years after the war.

hey can y'all retweet this, it's my dad & his old bestfriend when they served in the Vietnam War together, i want to find him pic.twitter.com/Ub2MZDDNuB

It's been almost 40 years since the Lacey and Powers have spoken, so Bryce decided to use the force of the internet to see if he could help track Kermit Powers down for his father. His tweet, which included an old photo of the two friends, was retweeted almost 56,000 times. The internet got together and Nancy Drew'ed the situation, and the first clue found was an obituary for an Evelyn Kelly Powers, which mentioned a son named Kermit, of Germany.