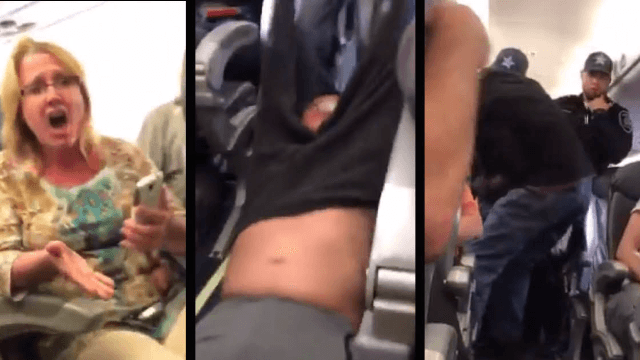 Everything you need to know about United's latest scandal: dragging a man off a flight.

The internet's been abuzz with news, reactions, and fury directed at United Airlines after passengers on a flight shared multiple videos of a man being forcibly removed from his seat. It's a complicated story that has had many twists and turns seemingly on the hour—here's an best explanation of everything that has happened, so far:

The flight from O'Hare International Airport in Chicago to Louisville, Kentucky, was scheduled to take off on Sunday at 5:40 p.m, according to the New York Times.

Before boarding for the flight began, United realized the flight was overbooked. This is normal, as airlines "routinely sell tickets to more people than the plane can seat," according to the Times, to account for possible no-shows. When a flight ends up with too many travelers, the airline offers vouchers to customers who will willingly give up their seats.

But on Sunday, United couldn't get enough people to voluntarily skip the flight. According to NJ.com, they needed the seats so United employees could make it to Kentucky to get on other flights. This logic apparently did nothing to sway the paying customers. Then four people were, apparently, chosen at random and asked to leave the flight.