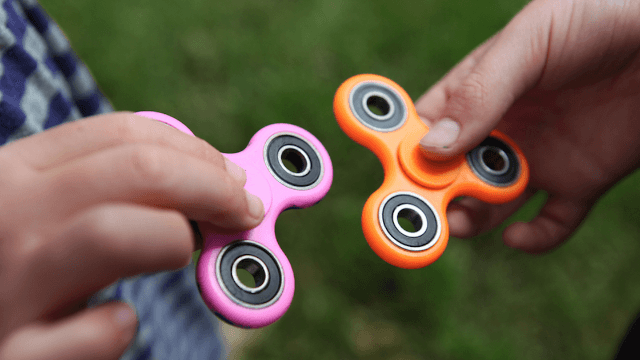 6 stupid things the Internet is doing with fidget spinners.

Unless you live under a rock or are one of those lucky folks who don't have to interact with people under the age of 19, you are probably familiar with the fidget spinner craze.

These spinning toys are said to relieve stress and calm the mind, and are ideal for those with ADHD, anxiety and autism. Well, that's what their marketing team wants you to believe, anyway.

So what does this toy do, exactly? Well, it spins. And it drive teachers insane. Annnnd that's about it. That is, until some clever folks discovered ways to use their fidget spinners for things other than just fidget spinning.

James Charles, teen makeup guru and CoverGirl's first CoverBoy, used a fidget spinner to contour his face. Spoiler, he kind of just moved the product around with the spinner, which, by the way, wasn't even spinning. But A+ for effort, James! You are definitely who Whitney Houston was talking about when she sang "I believe that children are our future."