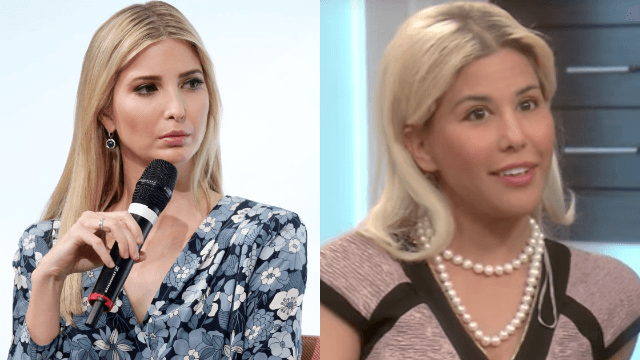 This woman had 13 plastic surgeries to look like Ivanka Trump. Can you tell them apart?

We all probably have famous people we admire and look up to, but one woman has taken the desire to be like your idols to the extreme.

A recent episode of the E! series Botched featured a woman by the name of Tiffany, who underwent a whopping 13 cosmetic procedures over the course of one year to look like Ivanka Trump.

"I've had 13 surgeries," Tiffany tells hosts Dr. Paul Nassif and Dr. Terry Dubrow in the clip. "And I was so pretty before, but I'm just more elegant now."

Tiffany also admits to the hosts that she embarked on her quest to look like Ivanka about five months after her 10-year-long marriage ended in divorce. Dr. Dubrow later explains that it's very common for people to seek plastic surgery after they go through a traumatic event like a divorce.