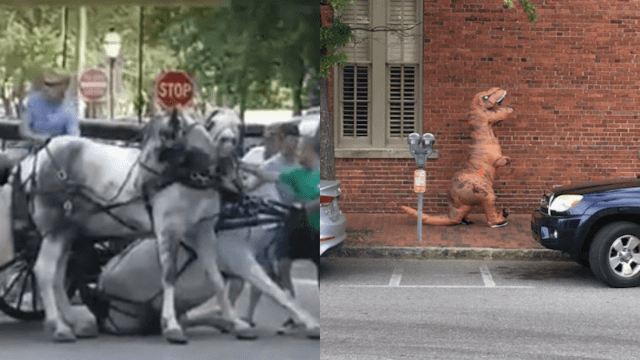 The inflatable T-Rex has long been a staple of viral internet culture—whether it's someone dominating the American Ninja Warrior course in the costume or a bride wearing it to her wedding. But with great dinosaur outfits come great responsibility, as a bizarre accident in Charleston, South Carolina proved.

It seems that a woman wearing the familiar T-Rex getup encountered a horse-drawn carriage tour of the city, and the horses did not like what they saw. In the ensuing chaos, the carriage driver fell and had to be taken to the hospital.