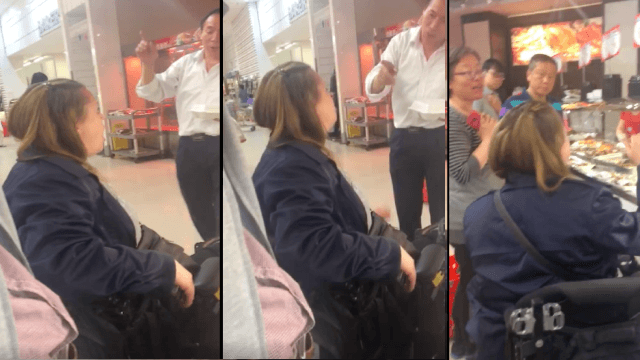 A video of a Canadian woman berating employees and customers at a local Toronto Foodymart is going viral.

As racist people often are, the women in question here also seems to be a little bit dim. "It is the law to know English," she yells. She stands firm on her point: "It is the law in Canada that you have to know English." Wrong. If anything, Canadian citizens are encouraged to know more than one language, as the official languages of the country are French and English. Isn't that something such a "proud" Canadian citizen should know?

Despite totally inaccuracy, the woman forged on with her racist complaints. "None of those people speak English," she said. (Again, untrue.)