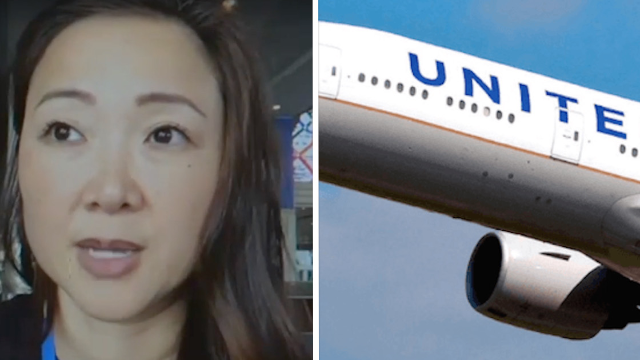 United Airlines forced a two-year-old to give up his seat. No, they didn't drag him off the plane.

United Airlines is in the news again, and—surprise!—not for anything good. The airline was recently forced to apologize to a passenger after they gave the seat that she'd bought for her 2-year-old son to someone on standby, according to The Washington Post. That meant she had to hold her son for the entire three-and-a-half-hour flight, until her leg and arm went numb. As if flying with a child wasn't tough enough already.

The passenger, Shirley Yamauchi, a middle school teacher, told Hawaii News Now that she was on her way to Boston for a teacher's conference, and that her son's ticket cost as much as hers did (nearly $1,000). As she was waiting for the plane to take off, a man with the same seat number as her son, Taizo, showed up.