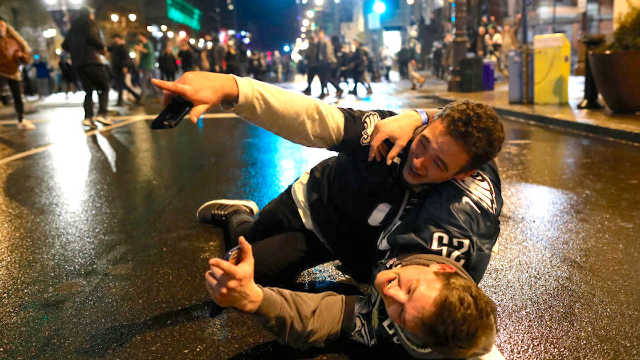 10 stupid things Eagles fans did after their team won the Super Bowl.

On Sunday, the Eagles won their first Super Bowl ever after defeating the Patriots in a 41-33 upset victory. And how did Eagles fans decide to celebrate the historic win? By nearly burning their city to the ground!

After the Eagles were awarded the Vince Lombardi Trophy, around 100,000 excited fans took to the streets of Philadelphia to celebrate. However, things got out of hand when crazed football fans started wreaking havoc on the city.

Here are the 10 stupidest things Eagles fans did after their team won the Super Bowl:

People yelling “Everything is free,” looting, trashing this gas station. Damn it, Philly we better than this. pic.twitter.com/WecXaAmrFh