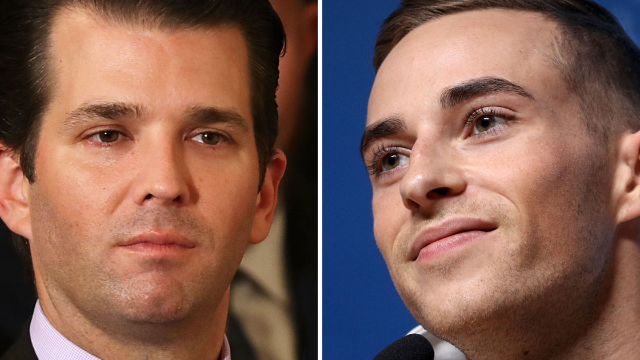 Don Jr. taunts Adam Rippon over his feud with Mike Pence. One problem.

American figure skater Adam Rippon is one of the biggest stories of the Olympics thanks to his "feud" with Vice President Pence. As Adam Rippon would say, "You mean Mike Pence, the same Mike Pence that funded gay conversion therapy?"

On Tuesday, Rippon expressed regret for taking attention from the sport with his outspoken comments on Pence. While standing by his statements, he lamented that they've "brought a lot attention to my other teammates and I don't want to distract from them."

"I don't want my Olympic experience being about Mike Pence."

Don Jr. got ahold of that quote and threw it in Rippon's face:

"Really?" responded Donald Jr. to the Olympian's comments. "Then Perhaps you shouldn't have spent the past few weeks talking about him. I haven't heard him mention you once??"