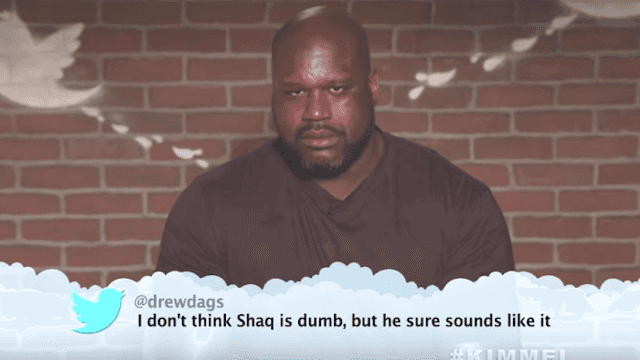 The NBA Finals began yesterday and you know what that means— basketball stars past and present gathered around to get their egos wrecked by reading mean tweets about them on Jimmy Kimmel Live! At this point, reading mean tweets before Game 1 is a bit of a tradition, as this is the fifth year in a row that it has been done. And guess what? People never seem to get nicer to their athletic heroes as the years go by.

Some of the NBA's most popular players today like Paul George, Karl-Anthony Towns and DeAndre Jordan got in on the action, as well as some basketball legends like Magic Johnson, Walt Frazier and Shaq. The segment was shot right before game 1 of the NBA Finals, where the Cavaliers were set to face the Warriors for the third straight year in a row.