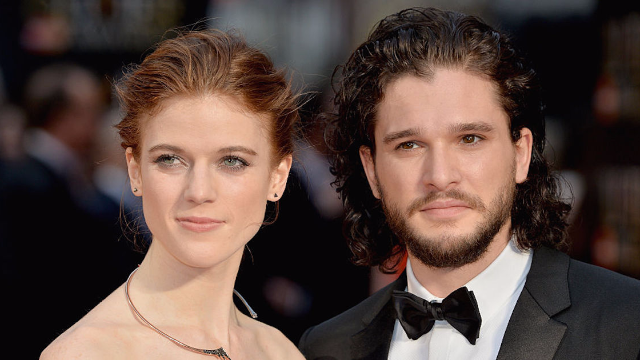 Kit Harington 'blew his load' when proposing to Rose Leslie. But not like that.

Game of Thrones fans rejoiced when Jon Snow and Ygritte got engaged last month, taking GoT from the screen to real life. Kit Harington recently decided to fill fans in on the story of how he proposed to Rose Leslie–and it's pretty dang adorkable.

As reported by The Sun, Harington appeared on British talk show The Jonathan Ross Show earlier this week, where he shared the details of his less-than-perfect proposal.

"I did have some plans to do it, I was going to string up some lights in some trees and do all the romantic stuff," he said about planning the proposal, as per The Sun. "But we were in the country and we were under this beautiful night sky and had a log fire burning and red wine and I blew my load early."