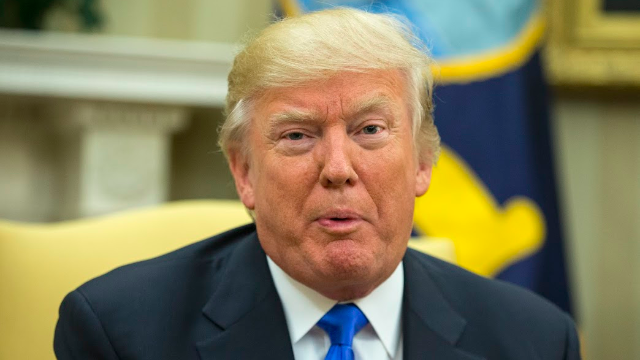 Trump made an inappropriate yet somehow totally unsurprising comment on a female reporter's appearance.

Ireland has its first openly gay prime minister, and everyone knows it except Donald Trump.

President Trump got on the horn with Leo Varadkar, the newly elected PM, for a brief congratulatory call. After saying he feels like he "knows all the Irish people" in the United States, he went on to make a sexist remark about a female Irish journalist, Caitriona Perry.

As The Hill reports, Trump told the PM, "She has a nice smile on her face. So I bet she treats you well."

Earlier, he singled out Perry in the Oval Office. "And where are you from? Go ahead, come here, come here. Where are you from? We have all of this beautiful Irish press," he said. The Hill points out that Perry laughed and "took the exchange in good humor" — the same way women have been forced to react in uncomfortable, boundary-crossing situations since the beginning of time.