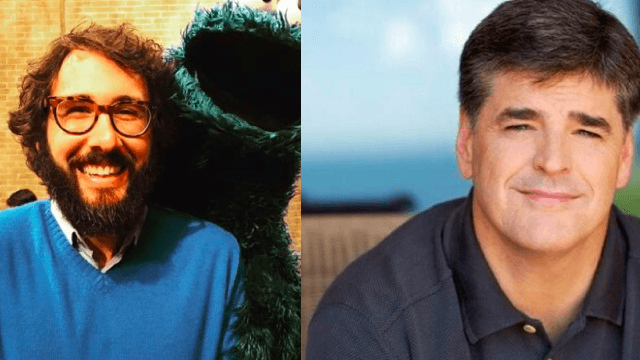 Sean Hannity came for Josh Groban on Twitter and it got ugly.

Another day, another Twitter high drama with two people who have absolutely no business in our lives. Singer Josh Groban and Fox News correspondent Sean Hannity got into it this afternoon over, of course, politics.

It all started when Groban tweeted the results of a recent Reuters poll that revealed the damage the Trump Administration has wreaked on the overseas image of the United States. Far from sharing a controversial opinion, he simply wrote "NOT GREAT!!" about the fact that the citizens of the world are rapidly losing respect for Americans.

That lone statement led to backlash from some of his 920,000 followers. Groban chose to respond to a genius named "Jim Mad Dog Maddox" who accused him of being a communist(?) and threatened to boycott his music. Maddox wrote, "Josh you R an Un-American commie traitor,&all people who love America and freedom will boycott you and your lousy music."