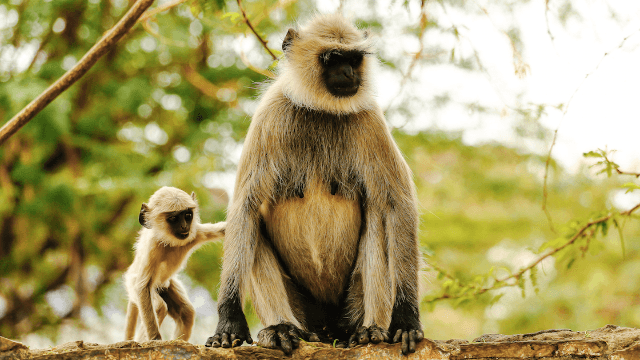 Real life 'Mowgli girl' discovered in the forest living with tribe of monkeys.

In a news story that bears unbelievable similarities to The Jungle Book, a girl around eight years old was discovered in a forest in India where she had been living "comfortably" with a tribe of monkeys, the Times of India reports. ​​​​​​Police reportedly rescued the "Mowgli girl" from a tribe of monkeys after she was spotted by a park ranger in the Katarniaghat Wildlife Sanctuary in Uttar Pradesh.

"She was terrified of us, she could not speak or hear properly," one of her rescuers, Inspector Ram Avtar, told Cover Asia Press in a statement, according to the New York Post. "She was surrounded by three monkeys. She had wounds on her body, specifically on her elbow and one on her leg. She was wearing clothes but not very dirty." He added that she "appeared to be abandoned by her family."