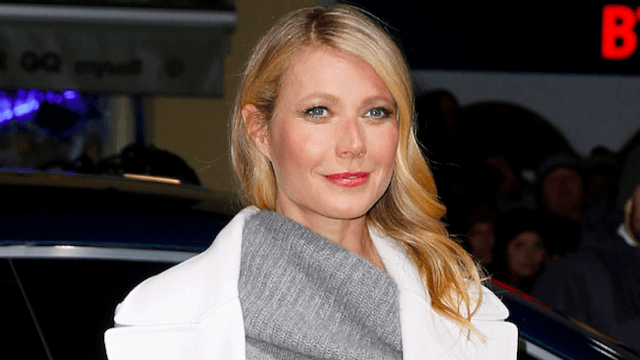 We have some bad news, friends. An advertising watchdog group says that Gwyneth Paltrow's website, Goop, is misleading customers with its health products.

WHAT?! You mean there's no actual benefit to sticking a jade egg in your hoo-ha? WE ARE SHOCKED.

According to The Huffington Post, the non-profit group Truth In Advertising sent two California district attorneys a complaint calling on lawmakers to make the site stop its "inappropriate health claims" and "deceptive marketing" tactics.

The group reportedly found 50 instances of the site selling a product it claimed "can treat, cure, prevent, alleviate the symptoms of, or reduce the risk of developing a number of ailments, ranging from depression, anxiety, and insomnia, to infertility, uterine prolapse, and arthritis, just to name a few."

"Marketing products as having the ability to treat diseases and disorders not only violates established law but is a terribly deceptive marketing ploy that is being used by Goop to exploit women for its own financial gain," Truth in Advertising's executive director Bonnie Patten said in a statement. "Goop needs to stop its misleading profits-over-people marketing immediately."

According to The Huffington Post, the now-infamous jade eggs that Goop claims will balance hormones and enhance sexual experiences when inserted into a woman's vagina are among the products Truth in Advertising calls out in their complaint.

The group reportedly first sent their letter directly to Goop with a deadline to make edits to the site, and filed the complaint after only "limited changes" were made.

We don't know about you, but we're kind of going to miss Goop's zany product descriptions. We guess it's about time someone reeled them in, though.