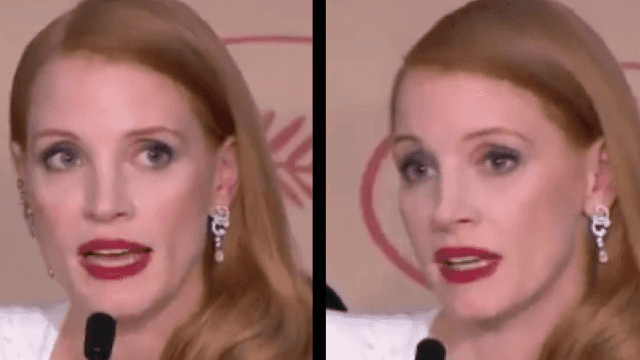 Jessica Chastain calls out Cannes for "disturbing" portrayal of women.

Jessica Chastain publicly called out the Cannes Film Festival this weekend for their dismal portrayal of women while serving as a member of the prestigious film festival's 2017 jury. As a juror, Chastain watched 20 movies in 10 days and summarized her feelings about the work she saw in an impassioned speech she gave during a press conference on Sunday.

Selma director and writer Ava DuVernay tweeted a clip of Chastain's speech from May 28th, which promptly went viral and currently has been retweeted over 20,000 times.

"This is the first time I’ve watched 20 films in 10 days, and I love movies. And the one thing I really took away from this experience is how the world views women from the female characters that were represented," said Chastain. "It was quite disturbing to me, to be honest."