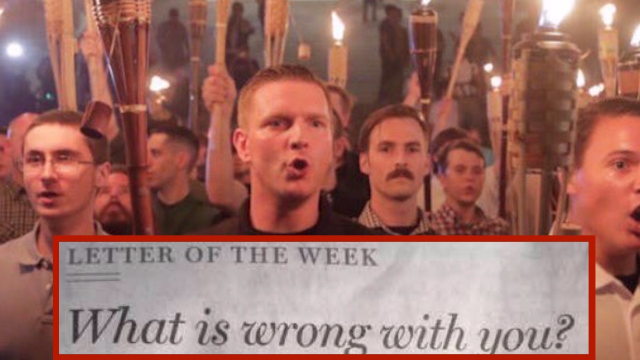 After the events in Charlottesville, VA (actually since the election of Donald Trump as President of the United States), the country is a little bit…um…divided. Right now letter written by 67-year-old Jonna Ramey and published in The Salt Lake Tribune is currently all over the internet, after having been tweeted by a woman named Alicia Mayer. This is a great thing because it's a sentiment that should be spread far and wide. The blistering op-ed, which reads as an open letter to white supremacists, is titled simply, "What is wrong with you?"